Super cyclone Amphan (alluding to the Thai word for “sky”) developed in the Bay of Bengal as the strongest cyclone ever to be recorded in the region, comparable to a Category 5 hurricane.

Know Why Howrah Bridge is Safe 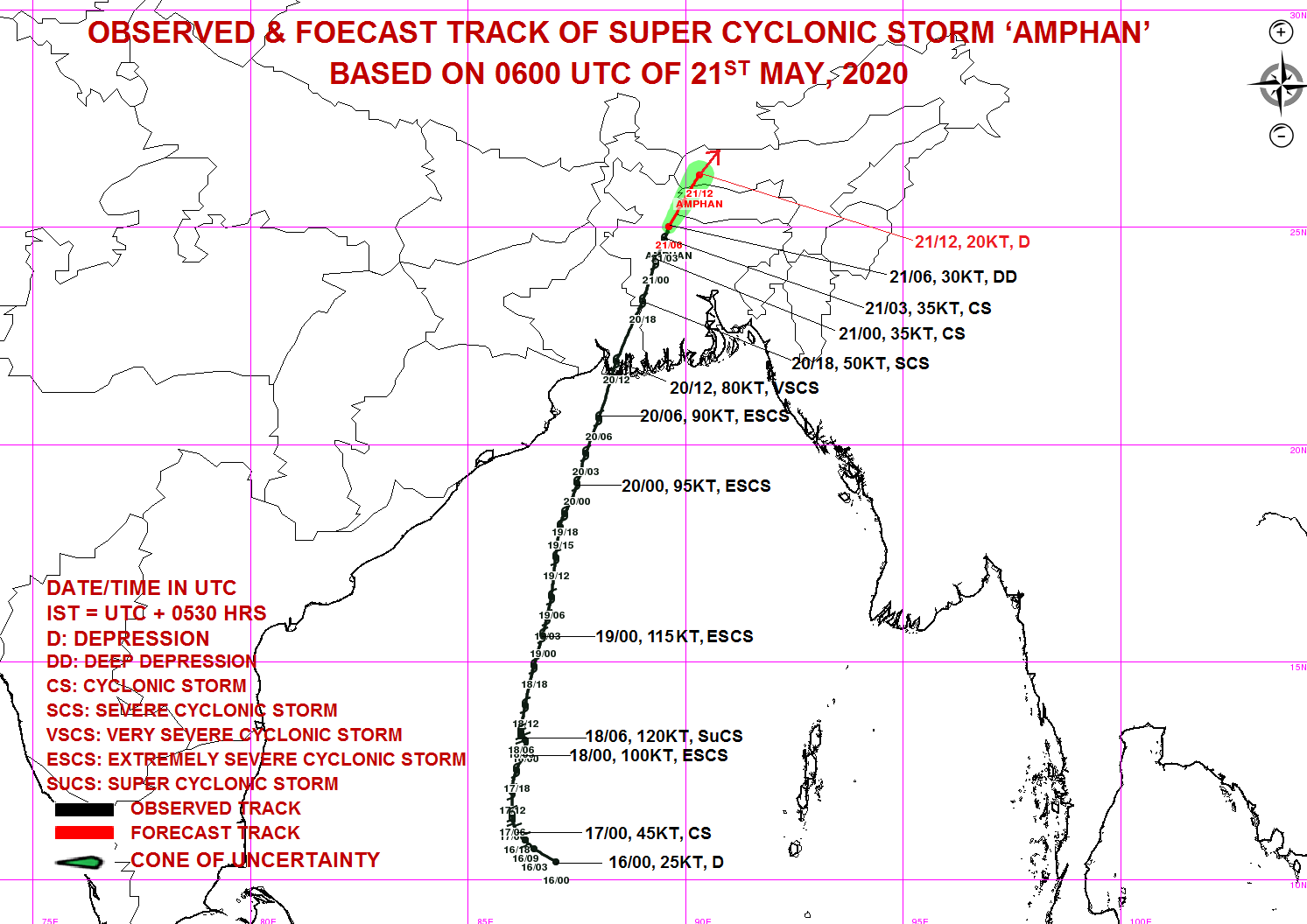 [21st May 2020 11.55AM]Cyclone Amphan made landfall in eastern India and Bangladesh on Wednesday, killing at least 15 people as it lashed coastal areas with ferocious wind and rain.

[21st May 2020 09.15AM]West bengal- Water logged in streets, vehicles crushed under fallen trees and broken river jetties were also all over local media

[21st May 2020 08.05AM]A total of 12,078 cyclone shelters were prepared throughout the country’s coastal regions, where over 2 million people were evacuated.

Source:BBC
[20th May 2020 03.15PM] NDRM teams are working, high alerts for the 8 states of India, outer part of Storm hits the west Bengal and Odisha.

[20th May 2020 11.00AM] On Wednesday and Thursday, extremely heavy rain falls are forecast across coastal West Bengal in districts like East Medinipur and West Medinipur, South 24 Parganas and North 24 Parganas, Howrah, Hoogli and Kolkata.

[20th May 2020: 7.20AM]Amphan Cyclone, now in the category of Extremely Severe Cyclone, has moved closer to the mainland and is few hours away from making landfall today. As of 2:30am on Wednesday, it lay at 180 kms south of Paradip, Odhisha and south-southwest of Digha, West Bengal.
[19th May 2020: 10.12PM] The Cyclone will hit the coastal area of India by Wednesday i.e 20th of May 2020. Super Cyclonic Storm Amphan (JTWC designation: 01B) is currently a very powerful tropical cyclone over the Bay of Bengal threatening Odisha and West Bengal in India as well as Bangladesh.

The storm is expected to make landfall in between Digha (West Bengal, India) and Hatia Islands (Bangladesh) on Wednesday, 20 May 2020. However, it is expected to weaken and turn into a Extremely Severe Cyclonic Storm before hitting the coast. (Source: wikipedia)